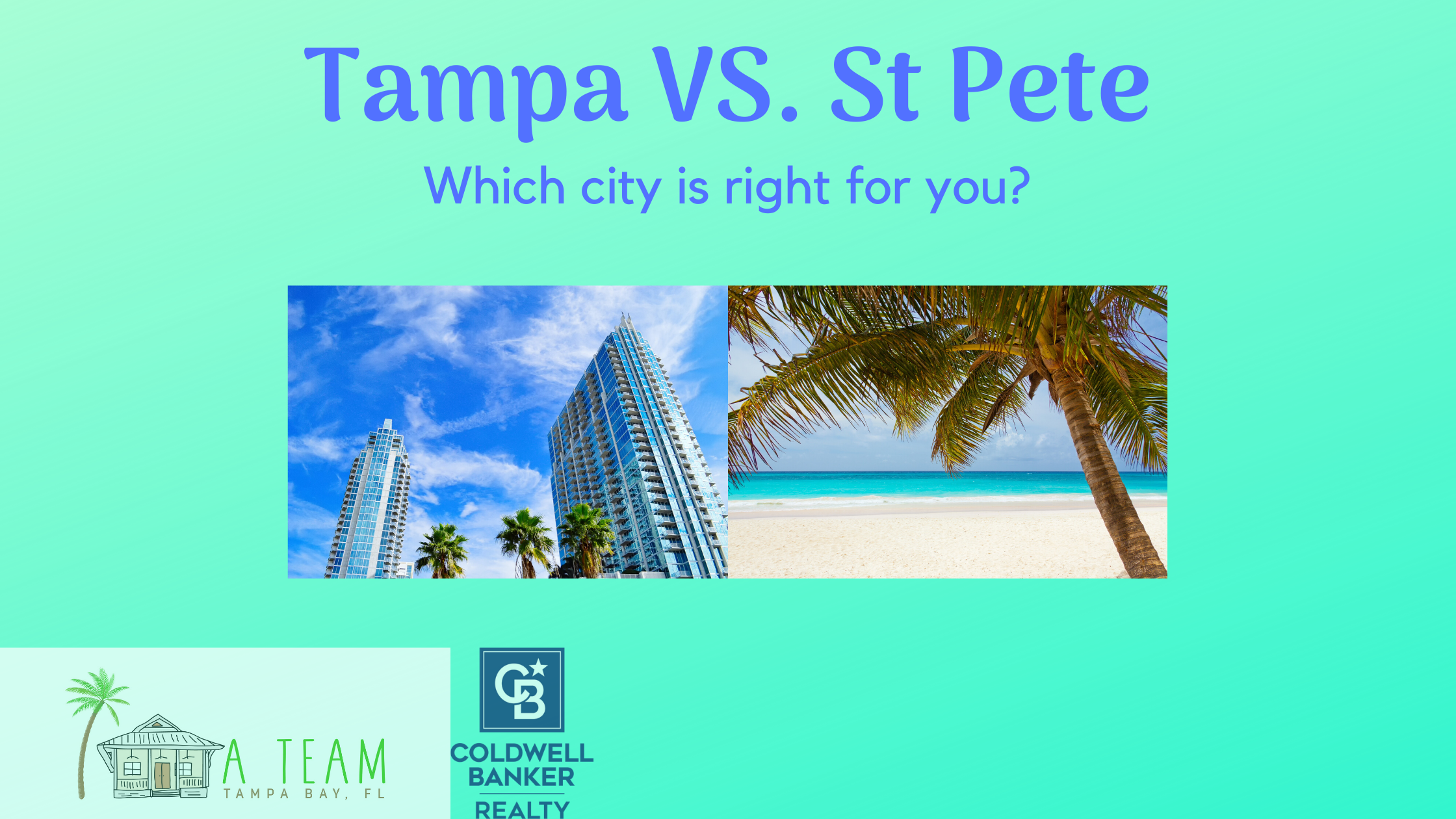 Tampa and St. Pete are often lumped together (along with Clearwater) to make up Tampa Bay, but if you're not from here, you might think it's all Tampa. Not true! In fact, Tampa and St. Pete are separated by a pretty large body of water (Tampa Bay) and three long bridges. If you're thinking of moving to Florida, you should know there are many similarities and one major difference between the two. Let's take a look.

1. Housing and work -- The perception used to be that Tampa was where you worked and St Pete was where you lived, but that’s changing.

In fact, there was once a time when the city of Tampa was a ghost town after 5 pm and on weekends. Not anymore.

The new Water Street project in Tampa, according to project designers, includes 3500 residences being built in a way that re-imagines the experience of city living. This is all happening in the area right around Amalie Arena and the new Sparkman Wharf, what is commonly referred to as the Channelside District.

It used to be when you mentioned St. Pete, people thought green benches and white hair. St. Pete was where you went to retire and play shuffleboard, and while that's still a popular activity in the 'Burg, large corporations, like Jabil, Raymond James and HSN, have chosen to make St. Pete their headquarters.

Some popular residential neighborhoods in St. Petersburg are the Old Northeast, Historic Kenwood, Disston Heights, and Euclid-St. Paul's, among many others.

In both Tampa and St Pete you’ll find neighborhoods with stately mansions that line the water (like Bayshore Blvd in Tampa and Coffee Pot Bayou in St Pete), high rise condominium towers, and traditional, block construction ranch homes in neighborhoods on the outskirts of the cities.

This is a tie: you have plenty of options for living and working in both.

2. Entertainment – If we can ever make it through the pandemic, there are plenty of activities in both cities. It’s a tie here too.

Tampa has football and hockey, while St. Pete has baseball (for now -- it's still up for debate whether or not the Rays will be leaving Tropicana Field) and professional soccer with the Rowdies.

Both have museums, great restaurants bars and breweries, and entertainment venues.

Both cities also have tons of options for getting active outside with trails, parks, and waterfronts.

And you can utilize the Cross-Bay Ferry to experience the fun in both spots!

Ugh...Tampa Bay traffic. And I say this as someone who grew up in New York; I know traffic!

It's probably a tie here. Whether you're just trying to get to work in the morning, or you want to visit the beach, there are a lot of people here. In addition, we get a ton of visitors during snow bird and tourist season, which, outside of this year with the virus, seems to start earlier and end later every year.

If you'll be working in or near one of the cities, this may just make the decision of which one to purchase in very easy for you.

4. Probably the biggest difference between the two cities would be the beaches.

If you think moving to Florida means spending your days at a beach on the Gulf of Mexico, then you’ll want to live in St. Pete.

That’s because Tampa is in Hillsborough county and St. Pete is in Pinellas. The counties are separated by Tampa Bay in the middle, but Pinellas has Tampa Bay to the east and the Gulf to the west. If you’ve dreamed of living in paradise, this is probably what you’ve pictured.

Well, there you have it.

Each city has its pros and cons, and each city has its own character. If working and traffic aren't an issue (lucky you!), it all comes down to personal preference and choosing the city or nearby neighborhood that suits your personality, wants, and needs. Call the A Team, and we'd be happy to help you figure out where your ideal home would be.

Click here to watch a video that will show you exactly where all these places are in relation to each other.

Click here for our Living in Tampa Bay video playlist.