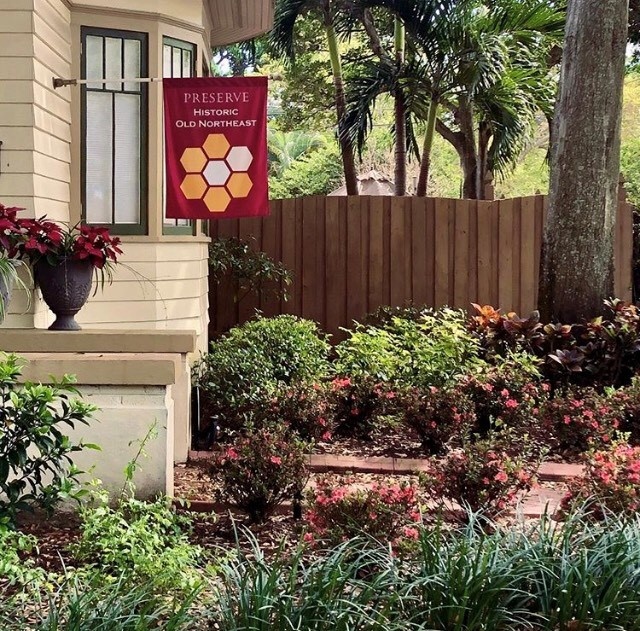 Are you a history buff looking to live in a community that has connections to the past? Pinellas county, and St. Pete in particular, is full of historic neighborhoods, each with its own character. Below is a list of communities in the county that are known for their distinct homes and stories.

When we first moved down here, we thought this neighborhood earned its name for having homes that resembled those we were used to back in New York, which is in the northeastern U.S., so it kinda makes sense, but it turns out the name is just a nod to the location within St. Pete. Anyway, you'll find a variety of housing types here, and a unique way to see them all is during the Candlelight Tour of Homes. Every year around the beginning of December, about eight owners open the doors to their homes so that you can take a peek inside. You'll see restored bungalows and larger estates, and you'll have the chance to hear the unique stories behind the house. Many owners include pictures of the homes from when they were being renovated or photos of the people who used to live there. A bonus is that they're beautifully decorated for the holidays. As you can see from the picture above, the Old Northeast has a very active association; you'll find flags like the one pictured above on many of the homes. The historic Old Northeast has brick streets, granite curbs, and hexagonal-shaped block sidewalks, so the design on the flag is a nod to the distinct sidewalk pavers.

As members of another St. Pete neighborhood with an active Homeowner's Association, residents of Euclid St. Paul enjoy "bike crawls" to the bars and restaurants in downtown St. Pete, as well as porch parties. However, the event this community is most known for is its annual Halloween Haunted Hike, a family and pet friendly event that features Halloween skits and side shows along a 1-mile guided walking tour. Tickets are required for the event, and a portion is donated to charity. What makes this a historical neighborhood is that before there were homes, there was an orange grove, and residents elsewhere in the City of St. Pete regarded Euclid St. Paul as "out in the country." The first home built here was in 1917, and then in 1921 neighborhood development began with houses representing various architectural styles.

If you know this area, you know it is also referred to as "The Pink Streets" due to the fact that pink dye was added to the concrete mix used to pave the roads, which, by the way, were the first paved concrete roads in the county. At one point in time, the streets were badly damaged and needed to be torn up, and the city didn't want to repave them in pink, but the homeowners paid enough money out of their own pockets to retain the signature color that made their streets famous. However, even before the streets became the stuff of local legend, the Tocobaga Indians resided here, and thanks to a developer who saw the importance of preservation, the City of St. Pete has made the Tocobaga Indian Mound in Pinellas Point an official historical and archeological landmark.

St. Pete's not the only place around here that has historic neighborhoods. A canopy of oaks greets you when you arrive in Harbor Oaks, Clearwater's first planned subdivision. It was once referred to as the "Riviera of the Sunny South." Though the neighborhood is small, there are supposedly 81 historic buildings here! The homes represent varying styles, and many would be described as palatial, luxurious, and stately. The development was finished by 1930, and early residents included author Rex Beach, Brooklyn Dodgers owner Charles Ebbett, inventor Donald Roebling, industrialist Robert Ingersoll, and members of the Studebaker and Proctor and Gamble families. The homes, more like estates, on Druid Rd S, are located directly on the water, but everyone can enjoy those views from the Magnolia Gazebo at the end of the slope on Magnoila Drive.

Even if you aren't looking to purchase a home in one of these neighborhoods, they are all lovely locations for a lazy Sunday drive, or you can park your car and take a nice stroll. I think you'd appreciate the varying styles of homes and historic plaques you'll find along the way, and it's always nice to learn more about the area where you live.