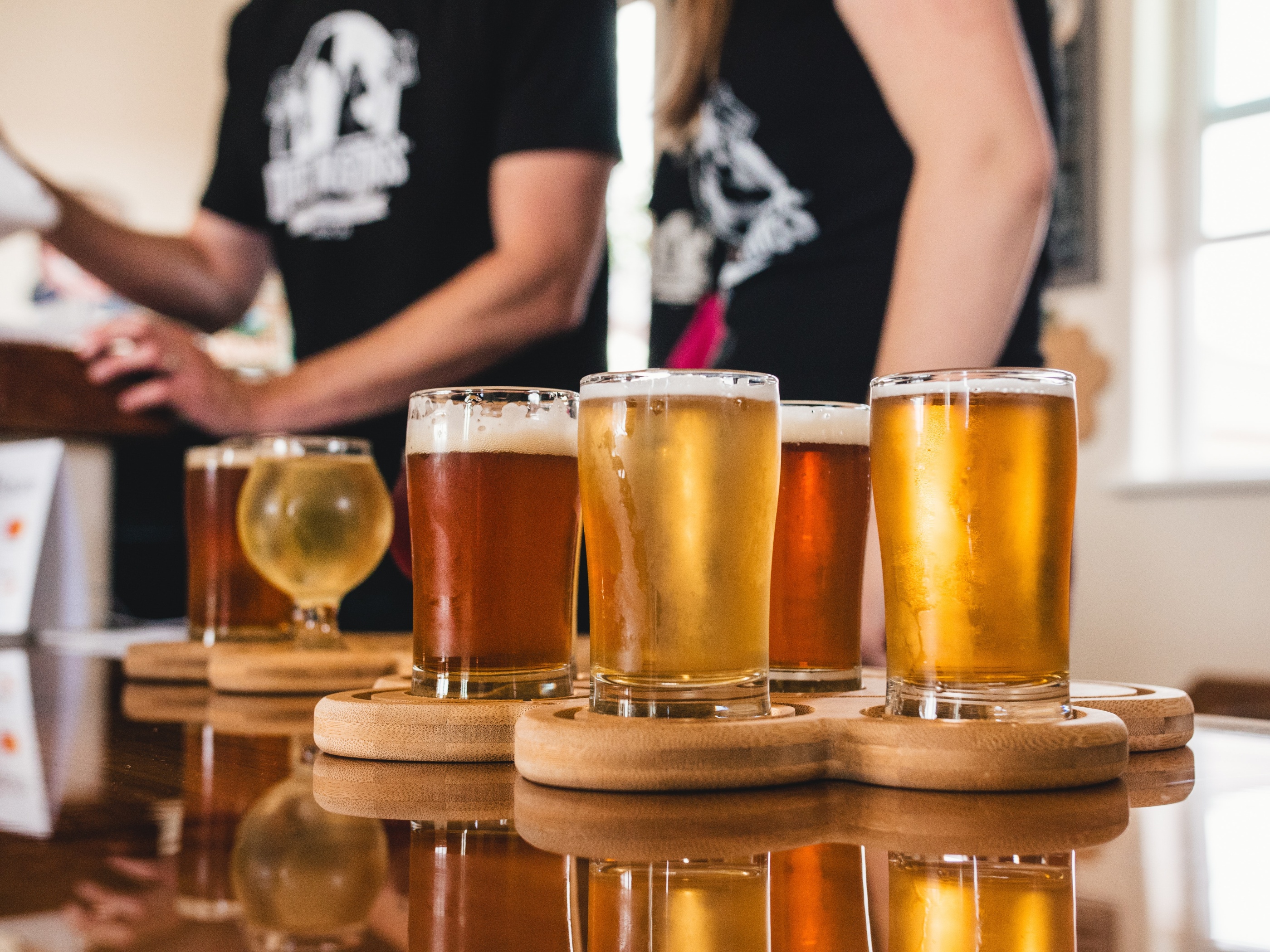 One of our favorite ways to spend our free time is to explore local restaurants in Tampa Bay. In fact, one of my resolutions for 2020 was to visit 50 new places. This came about because I have a list on my phone of bars, restaurants, parks and beaches, and it is titled Adam & Amy Ideas. These were spots we'd always driven by and said we should try, or they were suggestions by friends and family. Since we are creatures of habit, we found we were going to the same places frequently, but visiting destinations on our list, like a park and then going out to eat at a restaurant, was a way for us to really get to know neighborhoods and be ambassadors for Tampa Bay.

Then 2020 kicked into high gear. We had been tearing through our list -- visiting at least one new place a week -- until mid-March, and then, as you know, everything shut down. Even the parks and beaches!

Once things started to reopen, we were nervous. Even though we COULD go to restaurants on our list, did we want to? Would people be wearing masks? Would tables be spread apart? Could we eat outside without being supremely uncomfortable in the heat and humidity?

That's when we started returning to an old favorite -- Dunedin Brewery. It's Florida's oldest microbrewery, and there are several reasons it's been around for so long.

Obviously, the beer is a big part of the appeal. When we first moved to Florida and would visit Dunedin Brewery, the Apricot Peach was my favorite because it reminded me of Magic Hat #9. The offering from Dunedin Brewery is a wheat beer that's not too fruity but is definitely refreshing. These days I'll start with one of their IPAs or a seasonal brew, but I often have an Apricot Peach as my second beer of the visit. Adam loves the Bier de Cafe, which is a brown ale that's brewed with chocolate and a French roast coffee.

If beer isn't your thing, you can try the house-made sangria, a cider, red or white wine, kombucha, coffee, iced tea or soda.

I love the beer at Dunedin Brewery, but I'd be lying if I told you that's my favorite part. You get more than your average bar snacks at DB, and the food is consistently excellent. For a long time, Dunedin had chicken nachos that were the BEST NACHOS I'D EVER EATEN! And then, one day the nachos were no longer on the menu. Upon realizing this, I actually told our server, "You're dead to me." That was a little dramatic, but I was devastated.

But Brewhouse Nachos are back, this time with pulled pork, and THEY ARE DELICIOUS! Isn't it so annoying to have a poor chip-to-topping ratio on your nacho plate? That's never the case here. And let me tell you, I don't need to order nachos and then have someone open a jar of cheese, dump it on the chips, throw on a tomato or two with some meat and call it a day. I could do that at home. So I really appreciate the ingredients and their presentation with this dish.

Adam loves the wings with the snakebite sauce. I am not a wing person at all; I think they're messy and greasy -- a lot of work for little reward. At Dunedin Brewery, I'll eat the wings and actually enjoy them. However, given the choice, I'd order the Buffalo cauliflower -- I love the texture and the heat.

Dunedin Brewery's handcut French fries are among the best in Tampa Bay, and if you've never had cheese curds, do yourself a favor and order them jalapeno style.

When the brewery reopened after the shut down, I watched their posts and stories on Instagram and saw that safety precautions were being taken seriously, so we ventured back. The effort that the staff put in to make sure that patrons enjoyed their visit but felt comfortable has been much appreciated. Whether we ate inside or out, social distancing was easy and enforced.

I can't imagine how difficult these times have been for owners of local establishments like this one. It's made me happy to see that the brewery appears to be thriving during the tumult that is 2020. If you've stayed home since March and are looking to cautiously dip your toe back into the experience of dining out, this may be your place.